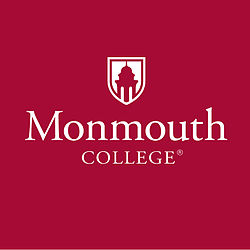 Students have been to applying to more colleges than ever. As a result, many colleges have actually seen increases in their number of applications. Ironically, this increase comes at time in which many regions across the United States are graduating fewer seniors. Private and Public colleges alike, are seeing increases in the number of applications they receive. Some flagship state universities now have admission criteria that reflect some of the most selective private colleges and universities.

It seems as though students have hit their limit with the number of college applications they complete. The majority of students now apply to 7-10 schools and that number has remained consistent over the past few years. Tools such as the Common Application and its growing popularity have contributed to the rise in applications. However, applications fees, essays and supplemental documents may be the reason why students are generally reluctant to apply to more than 10 schools.

I like to advise students that no one is going to care which schools you applied to and how many of them accepted you. They should not apply to Ivy League schools just so they can say, “I applied to Ivy League schools.” Future employers will only care about the college you did attend. Students should spend a lot of time up front researching colleges, just as anyone about to make a large investment would. Then they should apply to schools meeting their criteria, not someone else’s.

Not all colleges operate the same way when it comes to the admission process. Some have Early Decision or Early Action deadlines in which they hope to secure top students early through a loosely binding process. Many of Regular Decision deadlines occur in January, with review of applications taking place only after that date. An increasing number of colleges have adopted Rolling Admission, in which applications are reviewed on an ongoing basis usually without any deadline for consideration. NACAC (National Association for College Admission Counseling) recently released on their website a list of over 200 schools still accepting applications after May 1st, the National Candidate Reply Date. Every year there are students who start their college search late and think applications deadlines have past. Although students should begin seriously researching colleges during their junior year, it should be known that just because one school’s deadline has passed it does not mean all others have as well.

Monmouth College is an ideal place for students seeking a broad classroom-based education, great co-curricular opportunities such as Study Abroad and ways to explore leadership opportunities. Over 90% of Monmouth students live on campus and 99% of them received a scholarship or grant. Faculty know students by name, provide them with their cell phone numbers and invite them over for dinner at their homes. Monmouth College has been a great investment since 1853 and continues to be with 99% of our 2013 graduates reporting employment or enrollment in a graduate or professional program within six months of graduation.

This post was provided by Phil Betz, Director of Admissions at Monmouth College, who was a guest on College Smart Radio “Tackling the Runaway Costs of College” on May 31st, 2014.  Listen to this broadcast on YouTube here.